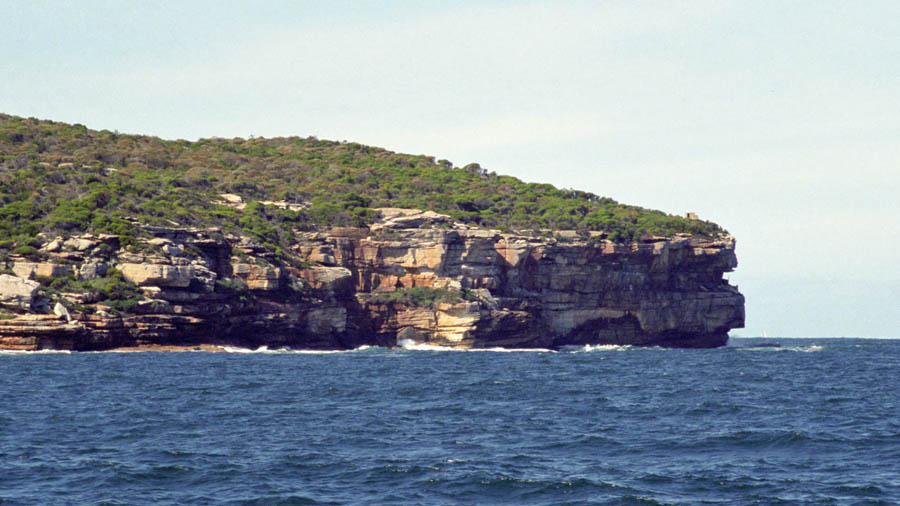 In a slight twist on the whole #throwbackthursday thing, I’ll be posting excerpts of past writing—some dating back as far as high school. I know, how exciting! (insert sarcasm here  ) Below is an excerpt from a piece I wrote back in 2000. I hope you enjoy it… any and all feedback is appreciated!

Foam was thick below as the wind kicked up the waves. Navigating the shoals around the cliff’s base wasn’t going to be a walk in the park either. Michael lowered himself over the edge, already knowing where his feet would land first.

The rock was cold and more than a little slippery. The climbing gloves protected his palm from flappers leaving his fingers exposed to dig and scratch at the rock. They would likely be bloodied by the time he made it to the base. Ouch… that salt water will sting like hell, he thought, and then put it out of his mind. He looked down, finding another narrow ledge and lowered himself to it… his face now level with the rock. He studied the stone for a moment and found a spot and hammered the piton into place. He looped a narrow yellow rope through the hole in a clove hitch knot and tugged on it hard.

He looked down searching for another ledge and finally found one, but it was it bit further down than he would have liked. Looking over to his right he saw another ledge, closer, but narrower and leading away from his target. He looped several rings of the rope around his palm and pushed out and to the right with his left hand and feet.

As he suspected the wind gusting up from the cliff’s base acted as a cushion, pushing him away from the wall and landing him on the narrow ledge with a soft arc. Not allowing his feet to plant he quickly sprang away from the first ledge and back to the left, using his momentum to aim for the second ledge.

He felt the rope tighten around his hand as he rapidly ran out of slack. The wind tapered and he could feel the air flatten in front him, the wall rushing up togreet him. He braced his arms at the elbows and pointed his feet down at an angle hoping to catch the lip of the outcropping. He hit the rocks hard, and his left foot caught the edge of the ledge while his other foot slid. Blindly he reached up and found a crimper and tried to steady himself. He shifted his weight to the left feeling the sharp stone strip the skin from his finger tips. He dragged his right foot along the rock until he found the ledge. He rested for a moment, cursing his reckless descent and the rock in front of him. Hardly better than a first year gumby he reminded himself. Finally his breathing steadied and he hammered another piton into the rock.

Looking down he estimated another 12 meters. From this point on there were plenty of ledges and crevices to navigate his way without too much effort. He began a slow descent, using the rope to steady himself along the way.

Josh carefully watched his friend’s descent, a yellow spec coming down the face of a rock mountain. He stood on the prow of Mary Lou, holding the rail tightly. His face and hair were wet with the sea. In the back he heard the rest of the crew playing cards. They were loud and a little more than tipsy, their voices carrying over the crashing water. Sober or not they were a good crew, and Josh would trust them to lead him and his boat to safety through the roughest of waters.

“Is he there yet?” The thick baritone voice came from the cabin. Charlie was a geologist from Melbourne with a great love for the land and a great hate for the sea. Prone to seasickness, he stayed below deck as it allayed his nausea to a minor degree.

“Not yet. About halfway there. Another 10 minutes or so I think…”

“Let me know.” He heard Charlie give a heave below and then silence. Josh had suggested that he should wait along the beach not 100 yards away from the cliff face, but he had insisted on being here. He wasn’t a very friendly man, pronounced in size, smell and ego. The crew had taken an intense disliking to him almost immediately, and cleaning the messes he left on deck did little to improve the situation. Josh was very much looking forward to dropping him off at the nearest port.